Our country name is China, this is a great country. In this magical land, descendants of the dragon have one billion and three hundred million.

Once she is very poor. She was bullied by other countries. Her sons and daughters rose up and drove the invaders away.

Once said she is a sleeping lion, but wake up, her power cannot imagine. This is very right, today's China and the former China has produced enormous changes. Now you in the ear to listen, you will hear the roar of the machine factory, hear students reading aloud, when he heard the elderly exercise, hearty laughter. Now you are in China look lookout, you will see the plane landed on the airfield, see the train ran on the track, to see the road car sped past.

China is strong, Chinese is strong. Whether it is just last year's snow disaster, hand, foot and mouth disease, or the beginning of the year shocked the world financial crisis, has not been able to defeat the Chinese people. In front of the big difficulties, the Chinese people always unite as one, hand in hand over the difficulties.

I will always love my motherland!

China has one of the world's oldest civilizations and has the oldest continuous civilization. It has archaeological evidence dating back over 5,000 years. when it missed the industrial revolution. Subsequently, imperialism , wars, civil wars and Communist government damaged the country and its economy for most of the twentieth century In the 1970s, changes to economic policy transformed the country and made it one of the major powers once again. China is viewed as the source of many major inventions . It has also one of the world's oldest written language systems .

Chinese is the crystallization of the splendid culture developed continuously for over 5,000 years. Many treasures remain to be explored. As China grows stronger, more and more foreigners will learn Chinese and share the invaluable treasure.

Romance of The Three Kingdoms is one of the great chinese classics and is compiled into a semi-fictional literary masterpiece during the Ming Dynasty by Luo Guanzhong. That period in history can be said as the golden age of chivalry and although it happened more than 1700 years ago, characters such as Liu Bei, Cao Cao, Guan Yu, Zhang Fei and Zhuge Liang have become household names among the chinese. Tales of their exploits, courage, adventures and many more are told in the novel "Romance of The Three Kingdoms"

The flag of the People's Republic of China is a red field charged in the canton (upper left corner) with five golden stars. The design features one large star, with four smaller stars in a semicircle set off towards the fly (right side). The red represents revolution; the five stars and their relationship represent the unity of the Chinese people under the leadership of the Communist Party of China (CPC). Sometimes, the flag is referred to as the "Five Star Red Flag""

The People Republic of China is situated in eastern Asia on the western shore of the Pacific Ocean, with an area of 9.6 million square kilometers.地点在中国人民共和国位于亚洲东部的太平洋西岸，有960万平方公里。 China's continental coastline extends for about 18,000 kilometers, and its vast sea surface is studded with more than 5,000 islands, of which Taiwan and Hainan are the largest.中国的大陆海岸线约18,000公里，其广阔的海面有5000多个岛屿，其中台湾和海南是最大的球队。

Land Formation and Rivers China's land drops off in escarpments eastward to the ocean, letting in humid air current and leading many rivers eastward.土地平整及河流中国的土地上落崖向东过大海，在潮湿的气流，并导致许多河流向东出租。 Among the rivers totaling 220,000 kilometers in length in China, the Changjiang (Yangtze) and the Huanghe (Yellow) are world known.其中在中国长度共二十二点零零万公里河流，长江（长江）和黄河（黄色）是世界知名。

China has beautiful scenery, with mountains and ranges, highlands, plains, basins, and hills.中国风景秀丽，有山和范围，高原，平原，盆地和丘陵。 The highlands and hill regions account for 65 percent of the country's total land mass, and there are more than 2,000 lakes.高原和丘陵地区占65占全国国土面积百分之，并有超过2000湖泊。 The highest mountain peak is Qomolangma (Everest), the highest in the world, 8,848 meters above sea level; the lowest point is the Turpan Basin, 154 meters below sea level.最高的山峰是珠穆朗玛峰（圣母峰），是世界上最高的，八千八百四十八米高于海平面，最低点是吐鲁番盆地，低于海平面154米。

已解决问题 收藏 转载到QQ空间 英语文章“中国的结婚习俗” 20 [ 标签：英语，文章，结婚 习俗 ] 英语老师要我们演讲关于“wedding customs in China ” 我们组3个人，每个人都要讲的，所以最好是3篇，每篇能将七八分钟吧 大学生的水平就可以了，我们大1 也可以用中文写，我们来翻译，当然最好是英文啦~ 先谢谢了问题补充 2009-10-12 16:09 可以从任意方面的，比如 费用，服装，男方家怎么做，女方怎么做 双方家长怎么做，亲戚朋友怎么做 老师是外国人，我想最好是多说些那种中西比较有差异的方面吧He110 回答：1 人气：31 解决时间：2009-10-17 21:57 检举 满意答案 wedding customs in China Marriage was for continuing the ancestral line and creating alliances between families –； too important a duty to be left in the rash hands of the young 1.The Proposal When the boy's parents identified a likely bride-to-be, they would send the go-between(usually an old age lady) to present gifts to the girl's parents and to sound out their feelings about the match. If the proposal was well-received, the go-between would obtain the date and hour of the girl's birth recorded on a formal document. The groom's family would place this document on the ancestral altar for three days. If no inauspicious omens, e.g. quarrels between the parents or a loss of property, took place within that time, the parents would give the information to a astrological expert to confirm that the young woman and their son would make a good match. If the boy's family found the horoscope to be favorable, they gave the boy's birth date and hour to the go-between to bring to the girl's family, who would go through the same process. Only after both outcomes were favorable, would the two families arrange to meet. Finally face-to-face, each family evaluated the other in terms of appearance, education, character, and social position. If both were satisfied they would proceed to the betrothal. 2.The Betrothal First both sets of parents exchanged family credentials as tokens of intention. Then, after extensive bargaining, the two families would arrive at the amount of money and goods that would make up the gift to the girl's family. After presenting engagement tokens, the go-between would ask the bride's family to chose among severalauspicious wedding dates suggested by the boy's family and also set a date for presenting betrothal gifts. The boy's family presented betrothal gifts of money and significant items such as tea, "Dragon (male) and Phoenix (female)" bridal cakes, pairs of male and female poultry, sweetmeats and sugar, wine and tobacco, accompanied by an itemized statement of these gifts. Tea was such a primary part of these gifts in some areas that they were known collectively as cha-li, that is, "tea presents." The girl's family reciprocated with gifts of food and clothing. It was customary for the girl's family to distribute the bridal cakes they received from the boy's family to friends and relatives as a form of announcement and invitation to the wedding feast. The number of cakes given to each was established according to a rigid etiquette, on the basis of seniority and degree of intimacy. Those who received the bridal cakes, were expected to present congratulatory gifts to the girl's parents. The boy's family's gifts acknowledged the parents' efforts in raising the girl, and by accepting the gifts, the girl's family pledged her to the boy's. It is interesting to note that the bride was given to the family rather than the groom alone. Although the bride and groom probably had not met yet, betrothal was considered binding unless both families agreed to annul the contract. Several days after the presentation of the betrothal gifts, the girl's family sent porters with an inventoried dowry to the boy's house. The dowry consisted of practical items, including a chamber pot, filled for the occasion with fruit and strings of coins. This procession gave the girl's family the opportunity to display both their social status and their love for their daughter, and wealthy parents often included serving girls to attend their daughter in her new home. Betrothals generally lasted for a year or two, although child betrothals would last until the children had grown to marriageable age。

Pi condition the law is the method of pronunciation feeling looks that concretely describes a certain word.For example 《Huai southern son?Geography Xun 》"its earth proper Shu, many Mao Xis".Say while noting "Mao":"Mao", Mou reads to very attentive, urgently annoy speech is get it."

long time ago there are four dragon in south sea of china .they protect local people from drought without any profit .and people loves them very much .one day the emperor of god instruct them couldn't rain anymore .because the people make the emperor angry .but dragon think it is emperor's duty .so they still rain .finally ,the emperor know this and make the dragon become a sculpture .but people never forget the dragon .。

Welcome you to China. It was great to hear from you and I can't wait to meet you.

You asked me which is the best way to travel to China in July. Now let me tell you more about it. You can take CRH (China Railway High-speed) now. It is the best comfortable way to travel around China. And it is alsi reasonable in July because it is very hot in China un July. The CRH is very safety. And yoy can get the tickets from self-service ticket machine or even online. It is very convenient and they are not expensive. I will shiw you around China. It is very different from before. 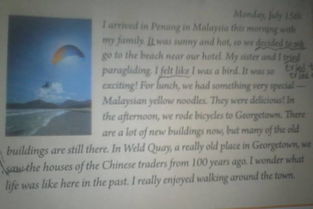 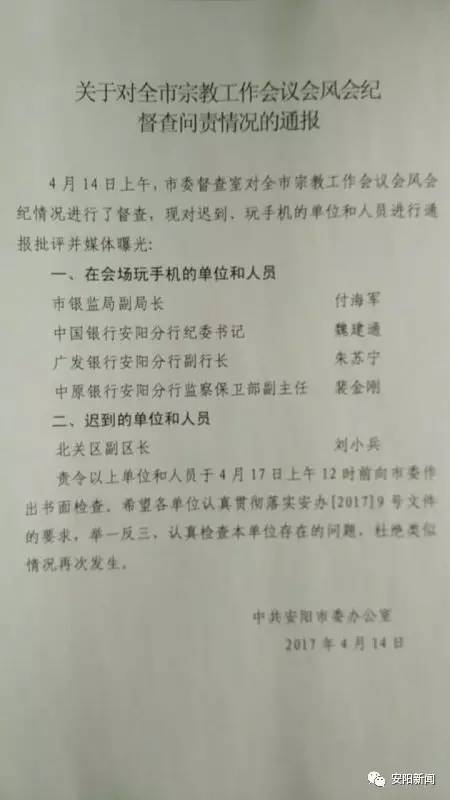 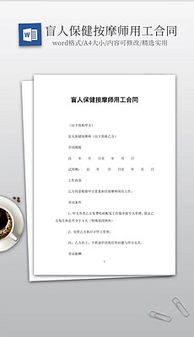 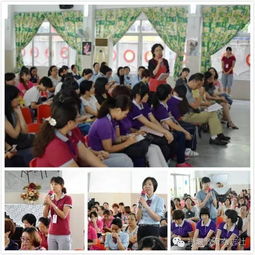 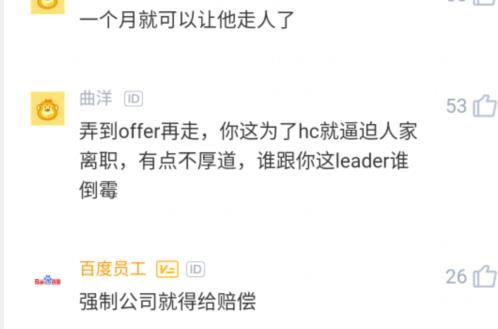 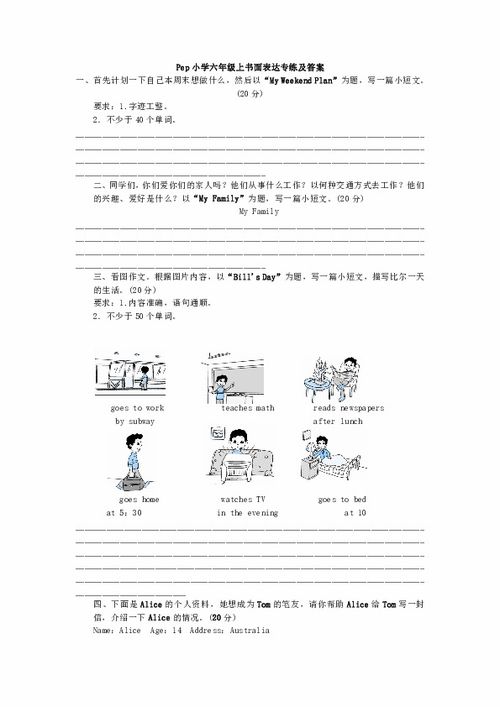 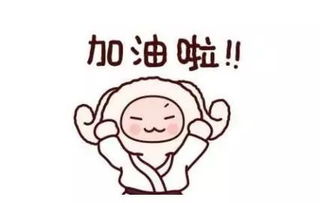 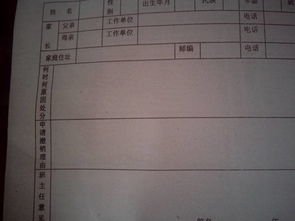 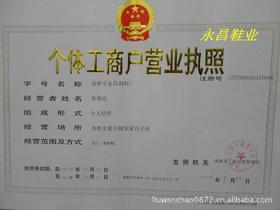 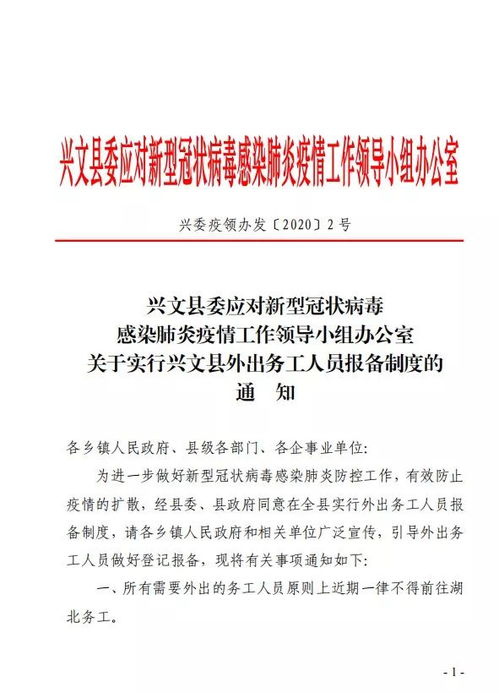 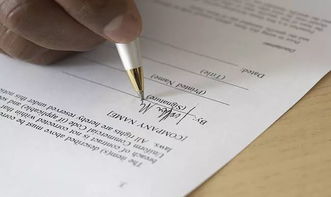 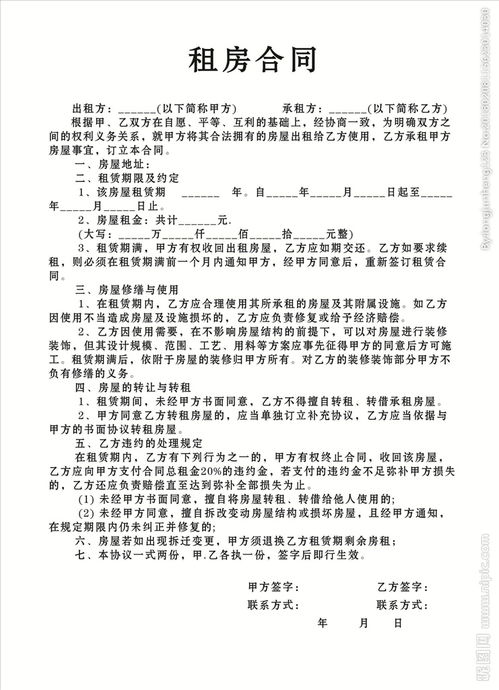 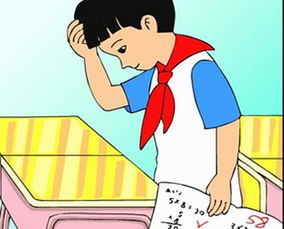 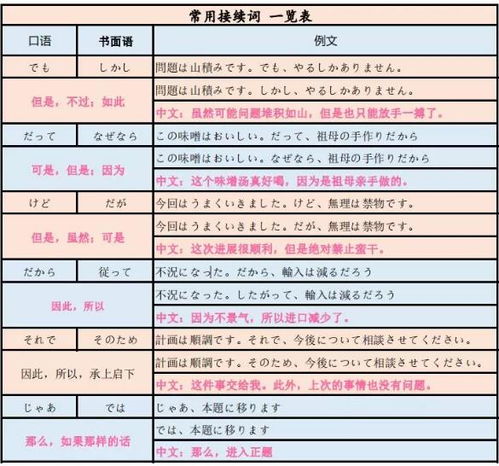 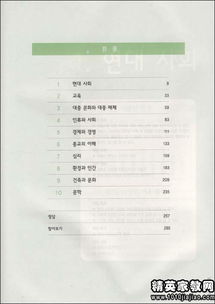 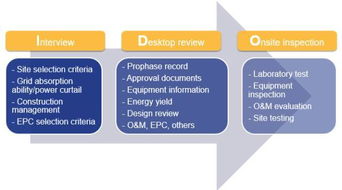 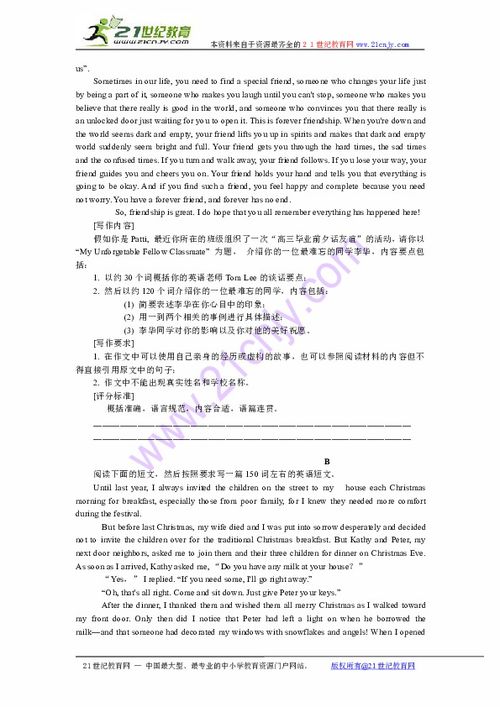 本文主要为您介绍介绍支付宝的英语书面表达，内容包括急求关于支付宝当面付用英语介绍一下,可以是介绍它的优点之，叫人先付款英语书面表达是，英语的书面表达5篇。余额宝到底是不是个宝 Nowadays many people have acquired a new daily rout 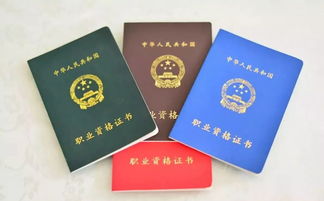 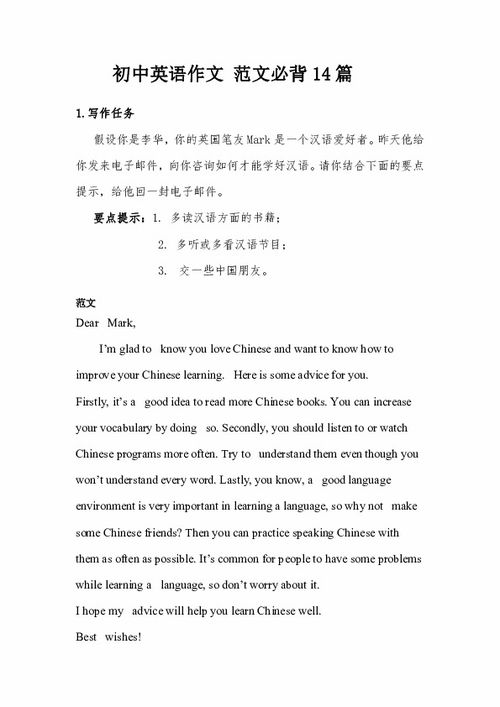 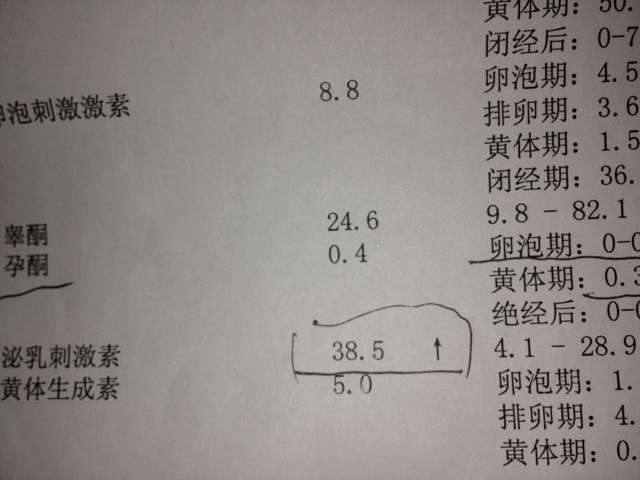 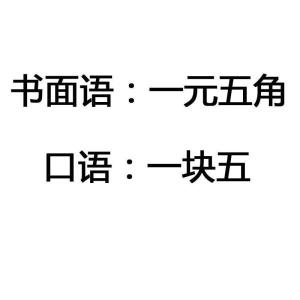 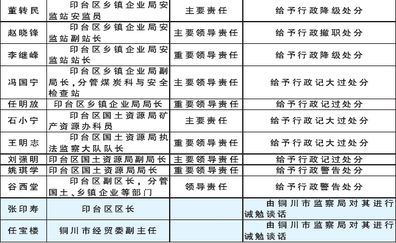 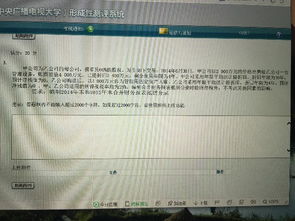 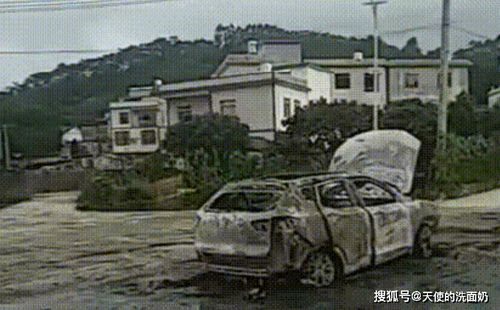